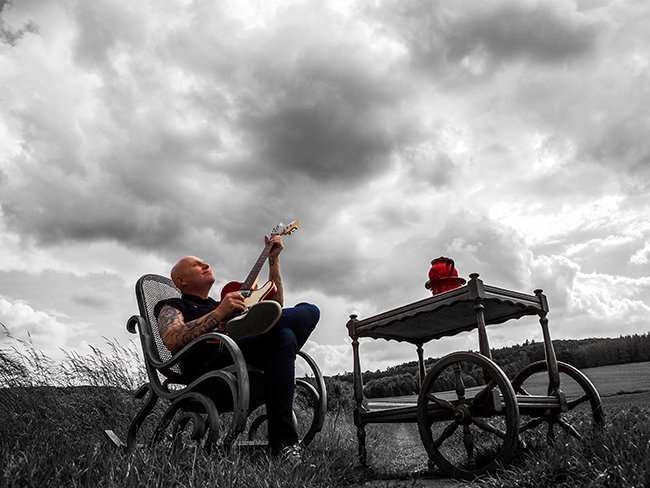 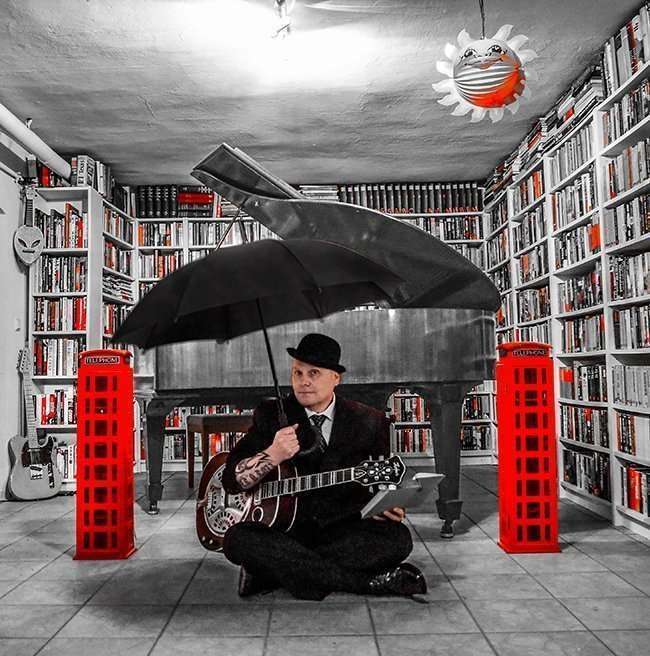 FERDY DOERNBERG: “Before the sun goes down”

It’s the year 2020 and the entire music world suddenly paralyzed from one day to the next due to the Corona crisis, which amounts to a work ban especially for professional musicians but also other representatives of this industry such as event technicians – and there is no end in sight!

In such a situation you can give up, become an alcoholic, eat a corona belly – or use the unexpected break creatively!

The German-English musician, virtuoso slide guitarist and keyboardist and singer / songwriter Ferdy Doernberg , who has so far appeared on more than 300 albums in various styles as a studio musician, has decided on the latter and therefore now presents being out of lockdown isolation a few months later personal corona diary: “Before the sun goes down”!

Musical guests include his colleagues from Rough Silk , among others, the American drummer Mark Zonder (Fates Warning, Warlord) and Jörg Uken (among others, producer of Anvil) .

A guest solo by Mathias Dieth , who will be remembered by many as a longtime UDO guitarist, can also be heard on the album.

Otherwise, Doernberg played, who, along with his own band Rough Silk , has been a permanent member of the band of the German chart-topping Axel Rudi Pell since 1998 and since 2010 he has been able to live out his talent as a multi-instrumentalist (guitar, keyboards, trumpet, accordion, slide, lap steel) in the band of Matt Gonzo Roehr , who is on a musical tour of the world, a large part of the instruments on the album itself.

Of course, the 19 songs were not only written in the last few months but in the 4 years since Doernberg’s last solo album “Orexigenic songs for overfed people” (2016) and therefore deal not only with the Corona crisis, but also with various different topics and some of the songs also contain clear statements against racism or the unfortunately increasingly socially acceptable right-wing populism, the Doernberg as a German-Englishman with Jewish roots, whose father, as a Jewish boy, was able to escape the Nazis at the last minute (Doernberg’s grandparents, however, did not survive! ) increasingly worried.

Musically, it is perhaps Doernberg’s most accessible and relaxed solo CD so far, which may also be due to the deceleration caused by the Corona crisis.

Some of the songs are typical, slide-guitar-heavy songs in the classic singer / songwriter guise – but others are more rocky and even actually “pop songs” – and Doernberg’s piano playing has more space than on his last CD’s. Instrumental virtuosity is never an end in itself on this album – it always serves the often ironic, sometimes very sardonic, abstract and often socially critical texts.

Not least because of the participation of the Californian drummer Mark Zonder , the album also got a clear West Coast list and offers sounds that have never before been heard from Doernberg!